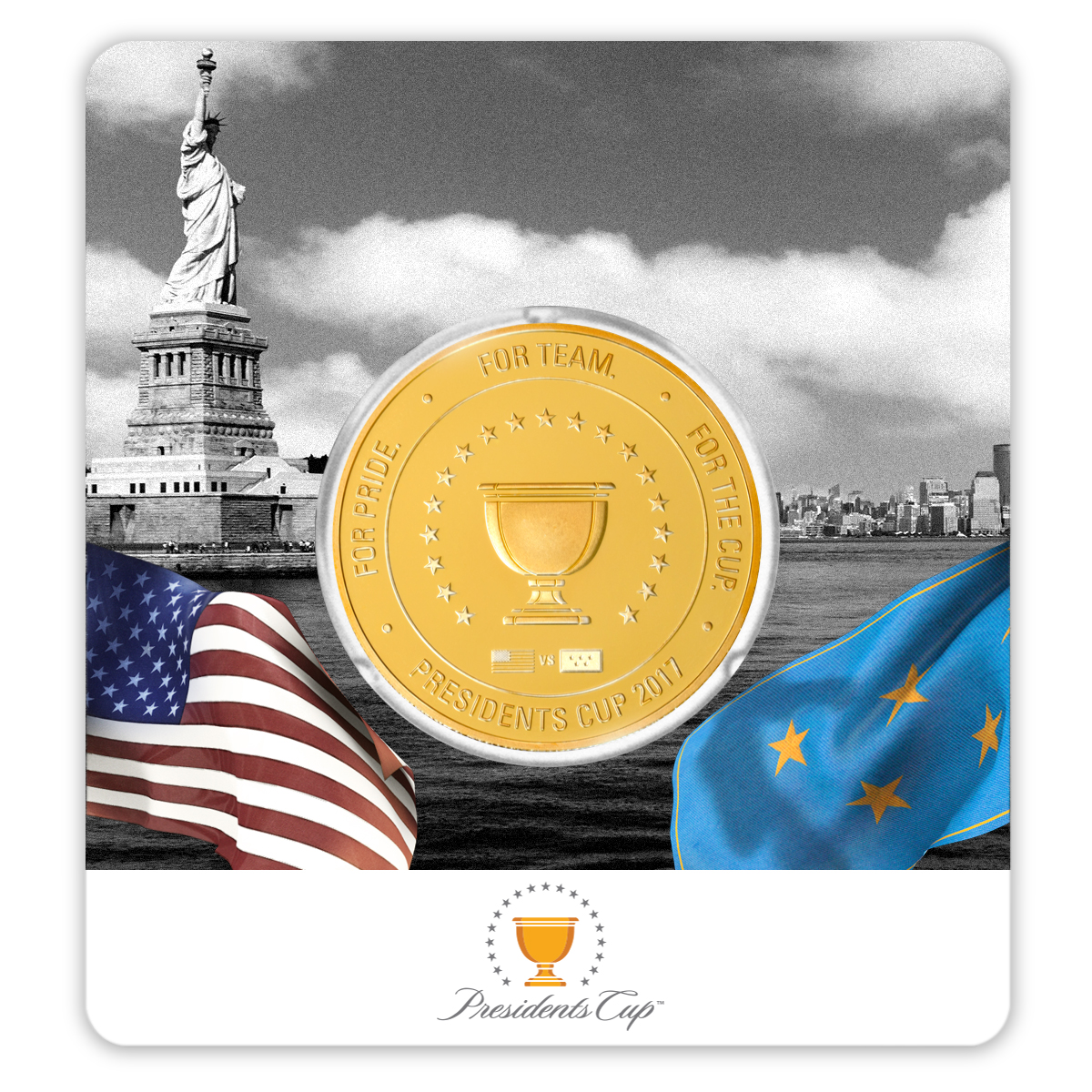 This month Rosland Capital unveiled an exclusive new collection celebrating the PGA TOUR. The first coin to be released as part of this new series is the Presidents Cup coin, commemorating the U.S. team’s victory at Liberty National Golf Club last year. Including 1.5 ounce coins available in both gold and silver, the coins are offered together in a limited edition set of 500.

Each coin is considered legal tender, with the gold coin minted in 999.9 fine gold at a 40mm diameter and the silver coin featuring 999.0 fine silver at a slightly larger 50mm diameter. Both are minted by PAMP SA at their highest level of quality as proofs. The packaging for each coin contains further information on the competition, listing team members along with the Captains and Assistant Captains from both the U.S. and International teams. The New York skyline and Statue of Liberty feature on the front of the packaging, showcasing the unique view of Manhattan from Liberty National Golf Club.

“Recognizing that the PGA TOUR’s goal is to entertain and inspire fans, create outlets for volunteers to give back, generate significant charitable and economic impact in host communities, and grow the game of golf and provide opportunities for PGA TOUR players, we’re truly honored to have been chosen to play a part in this great team.”