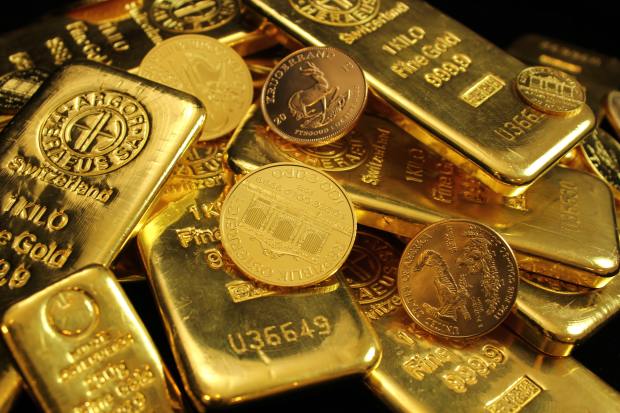 Who doesn’t like a good story about finding valuable coins with a metal detector, or on a treasure hunt, or hidden in the walls of an old building? Many of the most interesting and valuable coins were found by people in exactly these ways. Some of the best coin finds came from amateur metal detectorists and coin collectors hunting through coin rolls and pocket change. Sometimes people aren’t looking for coins at all when they discover them while remodeling an old home or taking a break from a leisurely swim in the river.

Let’s look at some recent and impressive coin finds. For example, the $6 million cache of coins in a farm field, coins hidden in the walls of an old house, and gold and silver coins recovered from the shipwrecks of famous Spanish galleons.

Whether or not you follow numismatic or coin collecting news, you have likely read a headline like the one above. Usually it’s the tale of an amateur metal detectorist who discovers ancient, rare, or valuable coins in a field somewhere or on a beach. It’s safe to say that every metal detectorist dreams of finding rare and valuable coins or at least some form of precious metal.

People using metal detectors continue to find some of the most exciting, historically important, and valuable coins around the world, especially in areas of the US and the UK as well as northern Europe. Here are some recent and notable examples of metal detectorists finding valuable coins.

During their first time using a metal detector, an amateur metal detectorist discovered a treasure trove of Iron Age gold predating the Viking era. The cache of 6th-century gold jewelry is now on display in a Danish museum.https://t.co/Ky1z8pVwjp

Two metal detectorists in England discovered a treasure trove of ancient coins in a farm field. Experts valued the hoard of 2,571 Anglo-Saxon and Norman coins at approximately $6 million.

Different countries have different rules and laws about discoveries such as these coins, so it’s important to do your research. Make sure you know and understand these local laws. In the UK, where the coins were found, such discoveries must be reported to authorities. In this case, the British Museum evaluated the find.

The 1996 Treasure Act in the UK states that, if the coins are declared to be treasure, the finders must first offer them for sale to a museum at a certain price. If a museum cannot raise funds to purchase the treasure, the treasure can be sold at auction, with half the proceeds going to the owner of the field where the coins were discovered.

Sometimes people find coins when they’re not even looking for any. The next stories might have you looking in strange, unusual, and random places for lost or hidden treasure.

Who hasn’t daydreamed about discovering valuable gold coins and treasure on a beach or hidden in the walls of an old house?

It might seem like people only find old coins in movies and other too-good-to-be-true settings and scenarios. But people around the world continue finding coins in the strangest places. Stories about the people who actually do make such discoveries help keep our daydreams alive.

Our first example is the story of two spectacular coin finds in what seem like random places: a cellar in an old Baltimore house, and in the sandbar of a river in Nebraska. It’s hard to imagine two more random places to find valuable coins of great numismatic interest and value.

Q. David Bowers shares amazing gold coin discovery stories as legendary as the coins themselves, from two young boys finding hidden treasure in a sandbar to over 3,000 gold coins found in a Baltimore cellar.https://t.co/59IMXaMnkj

Then we have the story about builders discovering gold coins in the walls of an old French mansion is sure to excite anyone remodeling an old house.

People often throw pocket change in a jar, or even keep some interesting coins in special containers. But on one rare occasion, an incredibly special coin—one of the first silver shillings ever minted in Colonial New England in 1652—ended up in a candy tin.

The “rare and valuable coins found in strange places” category gets another entry. A one shilling coin, among the first minted in Colonial New England, recently sold at auction for more than $350,000—after being discovered in a candy tin.https://t.co/HoAL8k9sLL

From metal detectorists to happy, random accidental coin finds, we move on to more organized and professional treasure hunts: shipwrecks.

Shipwrecks remain among the greatest legends of treasure and hoards of gold and silver just waiting to be discovered and recovered by those brave and patient enough. These adventurers must also be discerning enough to pick the right clues from old myths and tales, often of Spanish ships that sank while loaded with gold, silver, jewels, and other treasure.

As we’ll see, some legends are true, and the treasure is real. Here are stories of actual treasure hunters who found what they were looking for at the bottom of the ocean.

A rare 50-cent coin recovered from an 1865 shipwreck off the Georgia coast sold for $292. Stacking thousands of the coins in sealed barrels spared them from the corrosive effects of salt water until recovery in 2000. https://t.co/DgLptHGNiG

Next, Key West divers found gold and silver coins at the site of a 1622 Spanish shipwreck off the Florida Keys for the first time in 20 years.

On Ancient Mysteries, divers hunt the lost riches of the shipwrecked Capitana, the largest Spanish galleon built in the New World. The ship sank off the coast of Ecuador in 1652, carrying 600 passengers and $500 million in silver.https://t.co/rjuEKPpqzA

These are just a few of the coins discovered around the world in more recent years. It’s easy to see why metal detectorists, treasure hunters, and coin collectors at all experience levels keep walking, detecting, digging, and diving for the chance to discover lost and hidden treasure. Not all who wander are lost. Some of them are looking for coins and other riches.

How many gold, silver, and other valuable coins are still out there?

These tales of treasure found by people from all walks of life around the world make me wonder just how many coins are left hidden and lost, waiting to be found. And I suspect the answer remains: There are lots of coins left to be discovered.

Although getting out for a walk, starting a renovation, or looking through coin rolls can turn up valuable coins, you can always cut to the thrill of holding gold and silver coins and buy your own from reputable firms like Rosland Capital.

As always, be sure to do thorough research before making any decisions to buy gold or silver coins. Understand that people choose different options for different reasons. Familiarize yourself with researching gold and silver spot prices, and seek out tips for buying gold, especially if you’re considering buying coins as a means to help protect the value of your assets.

However you choose to seek your legendary treasure, be sure to enjoy the journey and the process leading up to the thrilling moment of discovery or acquisition.

Get more information about the range of numismatic and semi-numismatic gold and silver coins available from Rosland Capital.