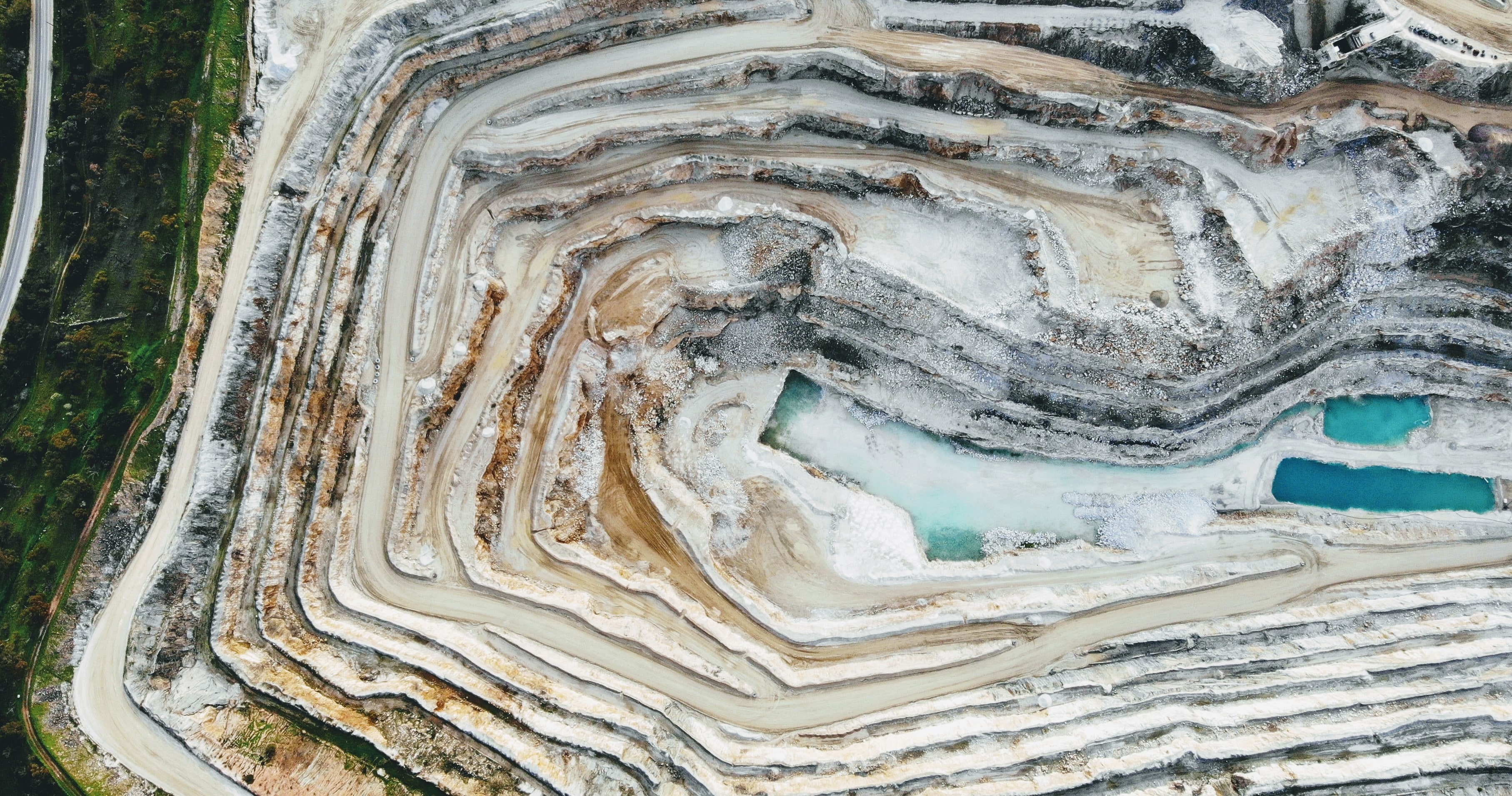 What do you imagine when you think of how gold is mined? Maybe you see a prospector panning for gold in a river or a miner with a pickaxe during the California gold rush. Or perhaps you think of current TV shows following the companies that are open-pit mining in the wilderness of Alaska, who are probably excavating, hauling, crushing, and processing gold ore as you read this.

Placer mining is done in areas where the soil or rock is loose. These areas called placer deposits are often found on beaches and riverbeds. The most common and effective gold mining methods in placer deposits use tools and machines to move and sift through the sediment. The much denser gold settles and remains as the lighter sand, soil, and rocks separate and get washed away.

Sometimes the gold deposits sit in deeper water, inaccessible by simply wading into the river. Dredging uses machines to remove sediment and soil from a live riverbed. Sometimes this process involves digging with a machine from above the water’s surface. Occasionally, large hoses are used to suck both water and soil away from the riverbed, depositing it into a machine for processing.

Suction dredging usually requires a miner to dive down to the riverbed and operate a suction hose that carries sediment up to a sluice box on a floating platform. Gold dredging has been practiced since the early 1900s, when steam and electricity made it possible to build machines capable of handling large amounts of material. In the United States, using a gold dredge requires a license and is heavily regulated in areas where this method is common, including states like Alaska, Montana, and California. Suction dredging for gold remains a common practice in South America, Asia, and Africa.

Probably one of the oldest methods associated with gold mining is panning. Panning is widely recognized as one of the simplest and cleanest ways to extract gold from a placer deposit. In this gold mining process, the miner uses a large pan to scoop up soil and then slowly swirls or shakes the pan underwater to sweep away loose and light sediment, leaving the heavier gold material in the pan. Due to the simplicity and effectiveness,  it remains a favorite method among those prospectors who don’t need to move metric tons of earth to strike gold.

Water is an incredibly useful tool for separating gold from waste rock. Sluicing takes advantage of water’s power to move a large amount of material efficiently. This is especially useful when separating gold from soil and gravel. Ultimately, sluicing uses a channel-like box to recreate the effect of a river. The sluice is placed in the river to keep water moving through it, pushing sediment along and separating materials as it goes. The bottom of the channel has fins or ridges that trap the heavier gold material that settles as the moving water carries the unwanted sediment tailings away.

A method similar to the sluice box is the rocker box. Using a rocker box is preferable in areas with less water available. It uses the same effect of separating soil and sand from gold and capturing gold fragments in the ripples at the bottom of the box. Instead of using the river’s natural movement, a rocker box (also called a cradle) is rocked back and forth to create the movement needed to separate the good stuff from all the rest.

Sometimes the ground is too hard to scoop up with a pan, a shovel, or even a digging machine with steel carbide teeth. In this instance, you need tools that can process thousands of tons of rock to get to the gold. Typically, larger gold mining operations have the resources to extract gold that would otherwise be impossible for smaller outfits to reach. But before they begin mining, they have to do some exploration to find lode deposits.

This kind of gold mining exploration, known as hard rock mining, requires the expertise of teams that often include geologists, geographers, chemists, engineers, and more. Among these disciplines, core samples are drilled, local geography is surveyed, and many other factors are taken into account when deciding the viability of developing a gold mine in a particular place.

How scarce and disbursed is the gold likely to be in an area under consideration for hard rock mining? Less than 0.1% of potential mining sites ever develop into fully functional and productive mines. However, if a mining operation has the tools available to get to the gold, a smaller amount of gold per ton is worthwhile to extract.

Open pit mining is what most people picture when they think of gold mining. Huge digging machines, earth movers, massive motorized sluicers, and enormous pits carved into the earth give you a good idea of what open pit mining is all about. This is what you see at the famous Fimiston Open Pit, aka the Super Pit gold mine, in Western Australia.

When the ground happens to be exceptionally hard, dense rock like granite, miners drill holes and place explosives in them to break apart the rock for hauling and processing. This is used with underground mining as well. When the lode deposits are far enough below the earth’s surface, mine shafts are created to give miners access to the veins of gold. The material is sent to the surface for processing and the tailings and the waste rock are placed out of the way.

It’s not often you hear about gold being the secondary metal sought out by a mining operation. But, as the name suggests, byproduct mining means that gold happens to have come along with another material that is mined, such as copper and other metals, and sometimes even gravel. Gold is mined as a byproduct from mines in Utah as well as the mine in Papua, Indonesia, which primarily mines copper.

With a greater understanding of chemistry came alternative methods for extracting gold from gold ore. Rather than dredging, sluicing, blasting, crushing, and separating the gold manually and mechanically, it can be done chemically. The two most common methods of chemically processing gold ore have used a sodium cyanide solution or an older, now-obsolete method involving mercury. However, traditional mechanical methods remain the most commonly used.

The good news is that many precious metals are increasingly used in sustainable energy solutions, so the benefits of mining and processing gold go beyond their aesthetic appeal to more practical applications to improve both environment and economy.

Knowing more about the ways that gold is mined has hopefully grown your appreciation for what goes into getting this precious metal out of the earth and into the gorgeous gold coins and bullion bars we all enjoy.

Learn how to buy gold with Rosland Capital at BuyGold101.com.

How is Gold Mined? 3 Ways to Find Gold

3 thoughts on “How is Gold Mined? 3 Ways to Find Gold”