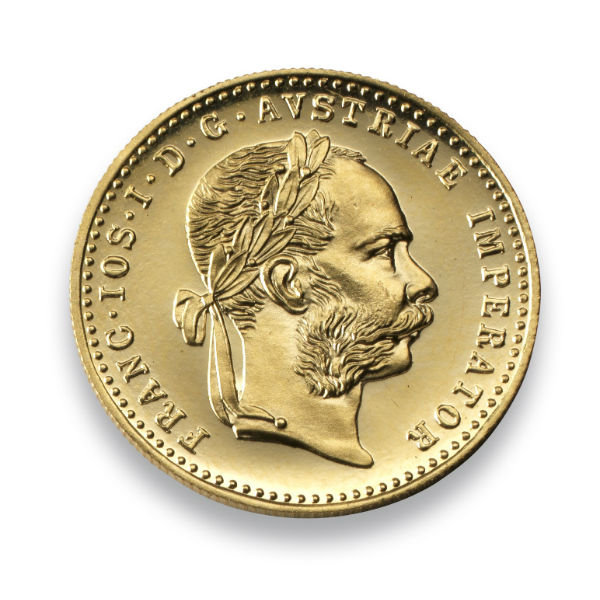 The Austrian One Gold Ducat coin has an extensive history dating back to the twelfth century, when it was originally minted for Roger II of Sicily. Originally created with an image of Jesus on the coin, the Gold Ducat was not produced in Austria itself until the 16th century, when it became the official legal tender of Austria. While intended to expire as legal tender in 1858, Austrian Emperor Franz Josef I approved the Ducat as a trade coin in 1857 to be used in overseas purchases. The coin was continuously produced until the start of World War I disrupted production in 1915, marking the last year of authentic Austrian Ducat coins.

The obverse face of the coin depicts Austrian Emperor Franz Josef I, who ruled Austria and Hungary until his death in 1916. The reverse side features the Hapsburg dynasty symbol of the double-headed eagle, originally from the Holy Roman Empire. Each coin is minted in 23.75 carat gold, and the official gold content was set at .1106 troy ounces in 1779. Learn more about this historical gold coin at Rosland Capital.