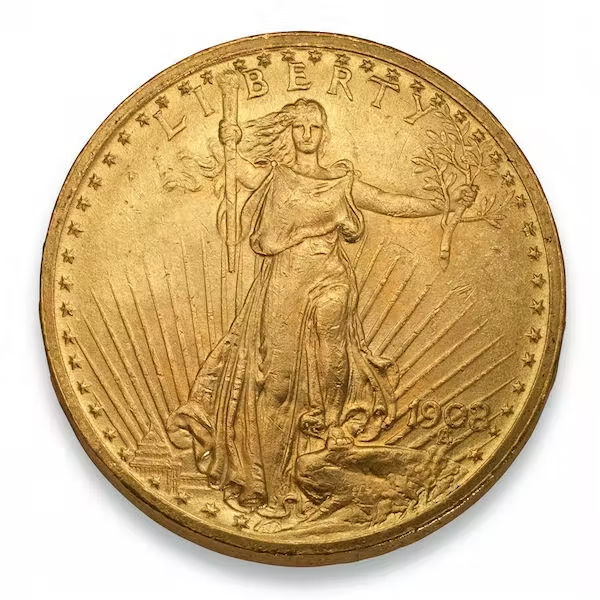 At the beginning of the 1900’s, change was inevitable for the United States. The turn of the 20th century was marked by the popularization of cities, the distribution of forms of mass communication technology and more income for many individuals and households. All three of these, along with many other factors, directly and indirectly impacted how the numismatic industry operated. The government, and its people, now needed it to function in very new ways. And coming out of the 1890s, many had very different opinions on rural free silver versus the monometallic gold standard and which one was most effective.

While Theodore Roosevelt knew that current coinage was serving a very functional value for the rapidly growing United States at this time, he was not overly impressed with its artistic, aesthetic and creative value during his presidency. One of the main things he was interested in was ultra-high reliefs. But many skeptics cited longer production processes, a learning curve for the public, potential hesitation from citizens and new issues for entities that have to handle currency every day.

When it came to the national currency, Roosevelt also had a strong viewpoint on representations of spirituality. On new coins, he did not want to mix devout phrases and religion with economics and politics. But he faced backlash from critics on this, too. Ultimately, popular opinion overruled this final wish.

Regardless of those apprehensions, Roosevelt enlisted the help of Augustus St. Gaudens based on their mutual appreciation for historical Greek coins. After coming to the United States as a small child, Augustus Saint Gaudens transitioned from life in Ireland to life in New York City. Later in life, he found success as an American artist creating statues, sculptures and busts. He was also a teacher at the Art Students League of New York.

Eventually, Roosevelt had him help with the $20 Double Eagle, before Saint Gaudens unfortunately passed away in 1907, before the coin ever went into circulation. However, his legacy lives on with this coin, the $10 Indian Head Eagle gold coin and prototype designs for one-cent precious metal coins.

The $20 Saint Gaudens Gold Coin designs make the collectible highly valuable, celebrated and sought after even today. Each side combines a high level of finesse and workmanship into a relatively limited space. After all, the coin is only 34 mm in diameter.

After analyzing the images, borders and inscriptions on the obverse and reverse sides of the Saint Gaudens coin, it is important to note key discrepancies. Mainly, these are in the form of reliefs and “mottos.”

Around 1907, the U.S. Mint slowly began making high relief coins with the hydraulic press. The Saint Gaudens coins have either an ultra-high relief or a high relief. In the end, this discrepancy allowed for quicker production times possible on state-of-the-art presses at the time. Ultimately in 1922, the U.S. Mint diverted to a shallower relief.

Professionals in the industry note that on a high relief coin, engravings do not lay flat on the coin. On the coin “surface” or “field” there is a difference between the low and high points of the design. Additional strikes create a 3-D effect with differences in heights on the lines or shapes being emphasized. Experts claim that these strikes can make for a greater brilliance or luster. Furthermore, ultra-high relief coins have an even greater distinction between the foreground and background of the coins.

While some Saint Gaudens coins have a “motto,” others do not. Coins without a “motto” range from 1907 to 1908 while coins with a “motto” date anywhere from 1907 to 1933. At the time, this was controversial because some, including Roosevelt, did not believe “God” should be on coinage because of where it would be used or for illegal purposes it could be used in. Other critics added that the phrase “In God We Trust” would contradict the First Amendment, which protects the freedom of expression, speech, religion, assembly and the opportunity to petition.

The phrase first started during the administration of President Dwight D. Eisenhower, who served from 1953 to 1961. When he added his signature on law H.R. 619, the phrase “In God We Trust” was put on money and coinage, amid widespread support.

Where to Find the Double Eagle Coin

The relief and “motto” on the Saint Gaudens coin can be appreciated today with high resolution images. Even if you will not have the opportunity to own one yourself, a number of educational and informational institutions provide lessons, videos and articles on the highly collectible coins.

For years, the Smithsonian has served the public as the world’s most expansive museum. Living up to its mission, the $20 Saint Gaudens Double Eagle High Relief, 1907 is viewable on the Smithsonian’s website, which allows viewers to zoom in on the coin to view it in greater detail. The coin has also been displayed in person at the National Museum of American History, although currently, the website lists it as not on view.

Whether it be the coins commissioned by President Theodore Roosevelt or other presidents, each silver and gold bullion coin design helps tell the unique narrative of U.S. numismatics. And the Saint Gaudens Double Eagle Gold Coin is no exception.

What is the Saint Gaudens Double Eagle Gold Coin?