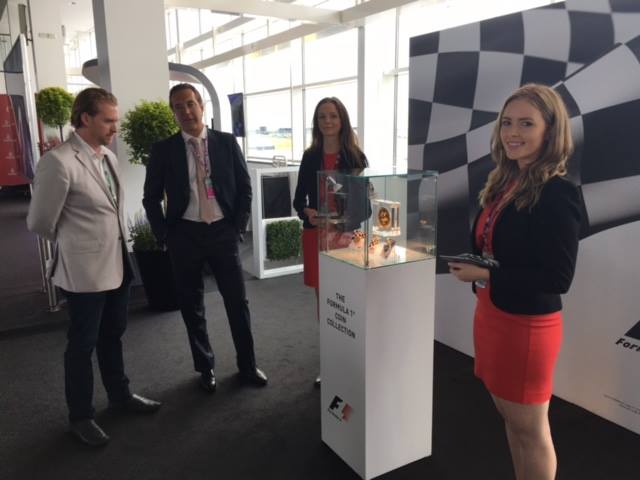 On Friday, July 8, Rosland Capital was at the British Grand Prix to present a limited edition 1kg, 24 carat gold Formula 1 coin to reporters. Only 15 will be made, and the melt value of the 1kg coin is said to be more than $40,000. They went on sale three weeks ago in the United States.

“There has been a fantastic response. Fans feel a sense of invested interest in this, it’s like buying a share in F1,” said Rosland Capital chief executive Marin Aleksov. “Gold is like F1, it’s sexy. I think gold and racing has a lot in common.”

“If I was clairvoyant, I would have had a Brexit coin ready to go,” Aleksov added, in reference to Britain leaving the European Union in June.

Rosland Capital, a precious metals firm based in L.A., is the official distributor of the Formula 1 coins. To check out the coins, visit: https://www.roslandcapital.com/f1